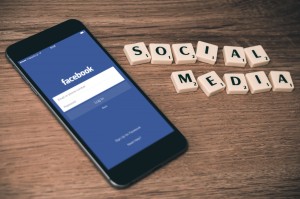 Does your social media profile portray you in a positive light?

Here are some top tips to safeguarding your employability on Social Media.

In the last decade the social media revolution has exploded into 140 characters, hash tags, squad goals, Instagram millionaires and you tube super stars.

It isn’t just geeky/techie Internet communications such as bulletin boards, forums and chatrooms anymore, its so much more. It’s our lives. It now influences how we stay in touch with friends, how we meet romantic partners, how we consume the news and world events, and perhaps most importantly, even how we find employment.

Despite the usefulness of social media, it’s important that it is used as a tool to improve our lives rather than as a way to hinder our prospects.

If you’re looking for a new job having a regularly updated social media presence can be a good thing and will put a prospective candidate in a positive light – especially in certain industries that involve communicating with customers and stakeholders.

Regardless of what industry you’ve chosen (or is your calling), using social media without consideration can seriously harm your chances of landing that dream job.

Some 70% of employers claim to have rejected candidates on the basis of their social media footprint. The internet also is full of stories of people who have offended somebody and ended up losing their job as a result. While it might seem funny or innocuous at the time, always take the greatest consideration.

Here are some other general rules to think about:

Social media lets people communicate with the entire world; used correctly it can open doors and create amazing opportunities. Used carelessly it could mean that you end up missing out on the career you want.

This post was written by Beth Gater on behalf of HyperSocial, a Social Media Management company based in St Helens.